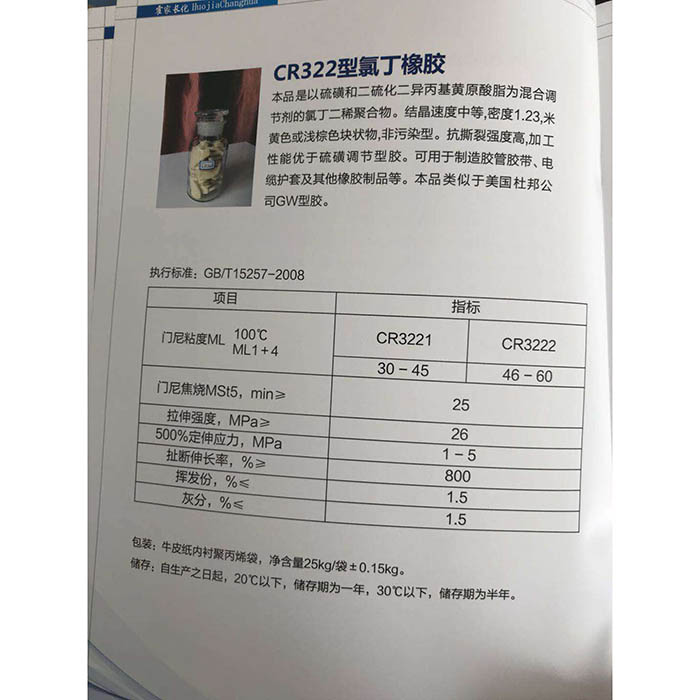 The flake or block with milky white, beige or light brown appearance is an elastomer produced by alpha polymerization of chloroprene (i.e. 2- chloro -1,3- butadiene) as the main raw material. The solubility parameter of chloroprene rubber accounts for δ = 9.2 ~ 9.41. Soluble in toluene, xylene, dichloroethane and vanadium ethylene, slightly soluble in acetone, methyl ethyl ketone, ethyl acetate and cyclohexane, insoluble in n-hexane and solvent gasoline, but soluble in mixed solvent composed of good solvent and bad solvent and non-solvent or bad solvent and non-solvent in proper proportion, swelling in vegetable oil and mineral oil but not dissolving.